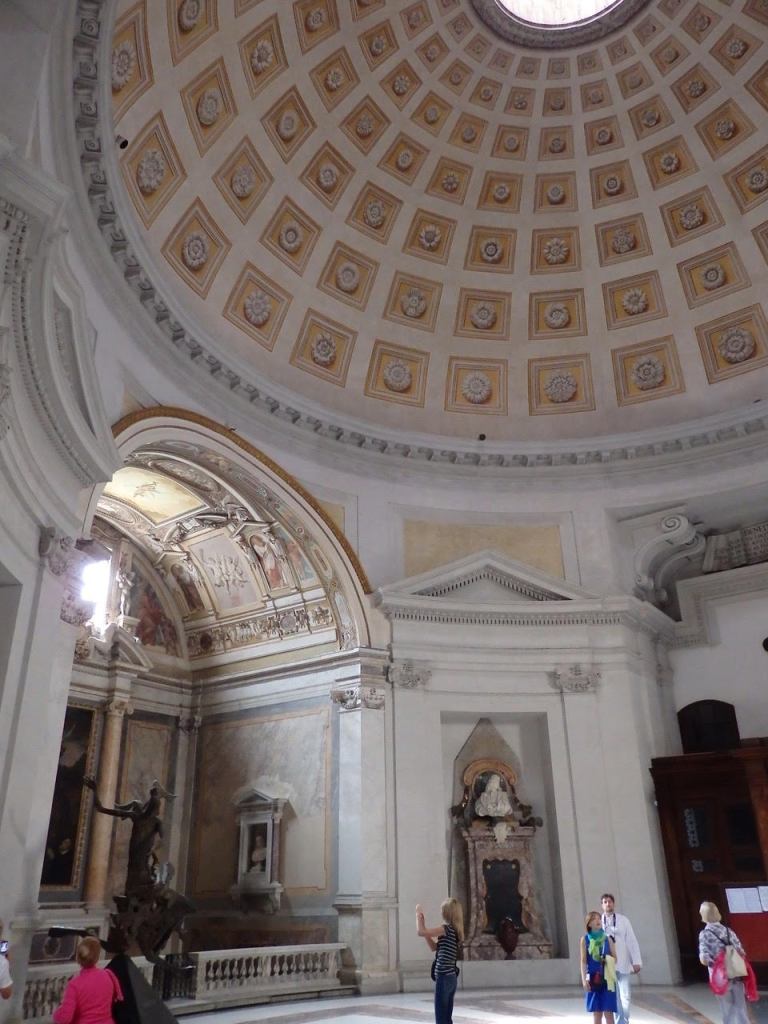 Michelangelo described the famous Pantheon in Rome perfectly after seeing it for the first time in the early 1500’s when he said it was “an angelic and not a human design.” The architecture is mind-blowing and incredibly devised. Built by Emperor Hadrian in 120 AD, it is the best preserved ancient Roman monument as well as a testament to the ingenuity of the early Romans and their fascinating knowledge of mathematics, balance, and measures.

The Pantheon today is better known to most people as the film locations in the famous movies Roman Holiday and Angels and Demons. But the dome of the Pantheon is what the Renaissance masters Brunelleschi and Michelangelo, to name a few, studied and adopted architectural knowledge to build the Duomo of Florence and St. Peters Basilica.

I’ve listed some intriguing details below about the Pantheon that will deepen your appreciation of Roman technology.

It wasn’t until I took Art History in college that I understood how the dome of the Pantheon could stand for almost 2,000 years without support. It was quite amazing to learn that the concrete used was thinner at the top than the bottom. Volcanic stone was used as the aggregate in the concrete near the oculus (opening at the top) whereas heavier granite was used as the aggregate nearer to the base. The bottom of the dome was made heavier using brickwork as a counterbalance. If you look up at the dome, you will see small indented rectangular designs called coffers used to decrease the weight. The oculus at the top not only lets in sunlight but also adds no weight.

Brilliant, wouldn’t you say? Have you been to the Pantheon in Rome? Whether you have or not, I’d love to hear your thoughts. Please feel free to share in the comments below. 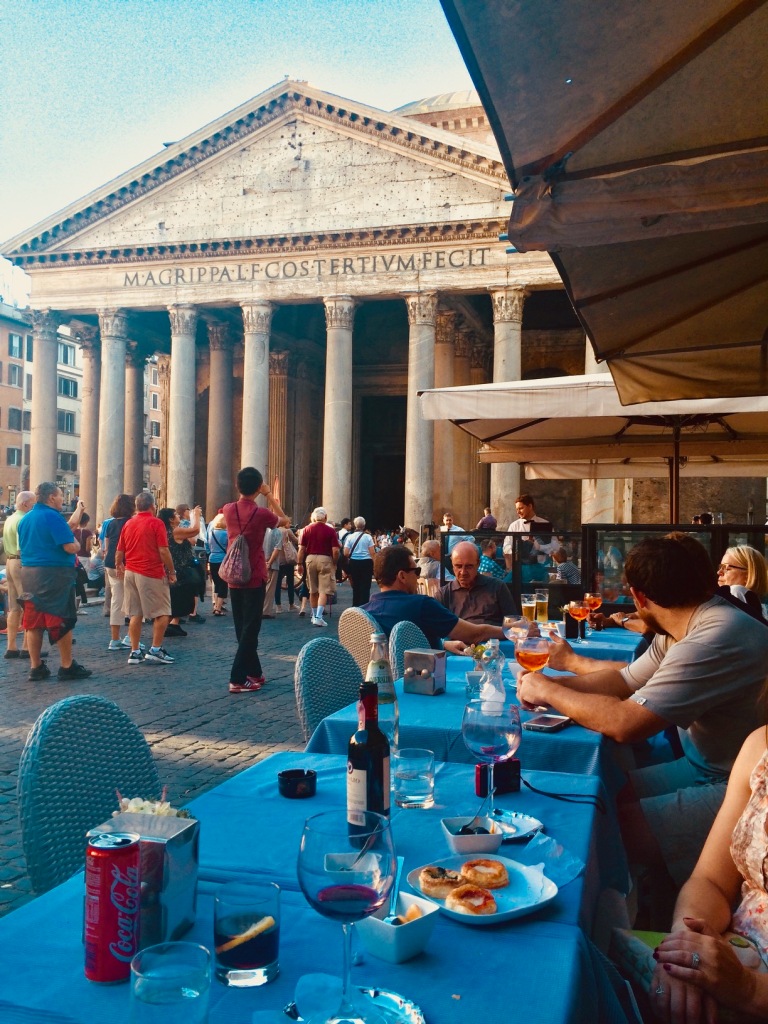 Notice the inscription across the front of the Pantheon. It reads “Marcus Agrippa, son of Lucius, consul for the third time, built this.” Agrippa did build the former Pantheon in 27-25 BC., but it burned down. As a result, Emperor Hadrian rebuilt it into what we see today but left the inscription giving Agrippa the credit.

19 thoughts on “Rome’s Pantheon…Did You Know?”